Good News For IRA Charitable Rollovers… And for Congregations! 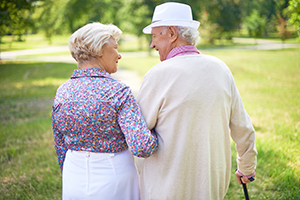 In December, 2015, the House and Senate passed the Protecting Americans
from Tax Hikes (PATH) Act, and President Obama signed the Act. The Act
makes permanent charitable giving tax incentives which had expired January
1, 2015, including the IRA charitable rollover.

The Act permanently extends the provision for individuals age 70½ and older
to be allowed to make tax-free distributions from individual retirement
accounts (IRAs) to a qualified charitable organization. The treatment
continues to be capped at a maximum of $100,000 per taxpayer each year.
An IRA rollover is a tax-exempt distribution from the IRA. The amount
transferred can be used to meet the donor’s required minimum distribution.
Amounts in excess of $100,000 must be included in income but may be taken
as an itemized charitable deduction, subject to the usual AGI annual caps for
contributions.

Note that the bill makes the IRA rollover permanent. Permanency is important
as the rollover is now a certainty. You will be in a better position to manage
your income as well as your charitable giving. The bill also makes the IRA
rollover retroactive to December 31, 2014. Gifts transferred directly from an
IRA to a charitable organization at any point during 2015 (as well as in 2016
going forward) will qualify as a rollover gift.

Now that passage of the IRA charitable rollover legislation has passed,
congregations need to promote this giving option among their members.
Encourage members who may qualify to contact their financial advisor to find
out how to make this possible and how it might benefit them and the
congregation.